The Beautiful Borough of Hammersmith and Fulham

London is comprised of 33 distinct areas that are known as “boroughs”. Those places are different in character and the conditions that they offer to visitors and residents alike. All of them, however, are rich in history, culture and spirit. One of the best places to live in London today proves to be the London Borough of Hammersmith and Fulham which we are going to talk about in some detail here.

According to the latest subdivision of the capital’s territory, Hammersmith and Fulham is part of West London and South West London. Both the A4 Great West Road and the A40 Westway go through the borough. However, one of the things that the area is most recognisable with is the fact that there as many as three major football clubs based here – Chelsea, Fulham and Queens Park Rangers. There is no other London borough that has this. The total territory covered by the council is 16.40 square kilometres and has a population of 183,000 according to the latest census. If you are looking for districts that would be good to settle down in with your family, we will recommend four places here in particular. Just keep reading. 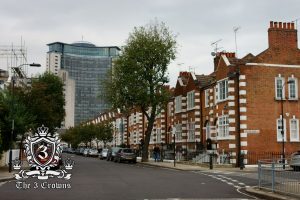 We’d like to start off with one of the main districts in the borough and one of the two that gives its name to the whole area. Fulham is a flourishing urban development that lies some six kilometres away from the main hub of the capital – Charing Cross. It was developed as an industrial town in the 15th century and remained closely connected to the economic and technological development of London in the centuries to come. Today Fulham High Street remains a vital artery in town, which was more or less pre-oriented toward retail and residential services. Both Fulham F.C. and Chelsea F.C. are based here, contributing to the consideration of Fulham a prime place to live in the capital. You will find superb house removals in Fulham services to help you should you decide to relocate here.

Pictured: A residential street in Fulham

Cost-effective removal services in Hammersmith will be another solution that is going to come in handy should you decide to explore the borough we are talking about here. The reason for this is simple – you are going to fall in love with the district that bears this name. It is one of the main commercial and business centres in Greater London and located relatively closer to the heart of the capital than the previously mentioned district. If you are looking to advance your career, Hammersmith might be a very good place to settle down in. Hammersmith is also noted for its thriving culture which is best to be experienced in such magnificent venues and landmarks as:

As for the more peaceful areas 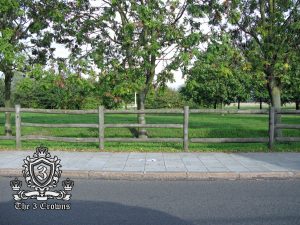 In case you are looking for a place that is more isolated from the hassle and business of the vibrant urban centres, you would like to check out places such as Old Oak Common and Parsons Green. Both districts have been developed around prominent open green spaces and have more of a suburban character. Effective removal services in Old Oak Common accommodate greatly the relocation of any person here, and swift house removals in Parsons Green are made possible at competitive prices too.

The main focal point of Old Oak Common is the future eponymous railway station. It is to be opened sometime in the next few years, and its 14 platforms will make the commute to Central London even swifter and more comfortable than ever before. The district goes through the overall regeneration too, so it is now the time to invest in a property here – prices are set to rise very soon.

Parsons Green on the other hand, with its over 10 000 residents, is a very well-established and affluent community. The green in question, as well as the Eel Brook Common, are the two historic focal points of the former village that is now a great suburban district. Sports and recreation opportunities in both are abundant.