Best Areas to Live Around the City of London

The City of London is the heart – historic and economic – of our nation’s capital. Even though there is a conception that The City is a place of business, not one that you can comfortably settle down in, there are still some areas in its vicinity that will make up for a very nice home. We are here to discuss some of those.

Home to the insurance industry – and more 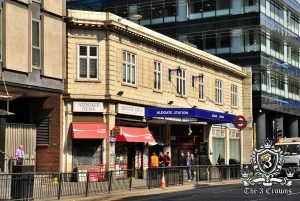 Located in one of the most central parts of the City of London, and still 2.3 miles away from Charing Cross, the district of Aldgate is the first one that we would like to bring your attention to. Today the area is dominated by insurance companies’ headquarters. Relatively few people choose to live here, but if you are employed in some of the industries based here or in the surrounding areas, you might want to eliminate the tedious daily commute to work. Dependable house removals in Aldgate are easy to find and will help you with the job of relocating.

As for some of the more interesting features in Aldgate, we should mention the oldest Jewish temple in London and the UK as a whole – the 1699 Bevis Marks Synagogue is to be found here. Sir John Cass’s Foundation Primary School and the church of St Botolph without Aldgate are other notable institutions that you might want to check out, even only for admiring their architectural beauty. Lloyd’s Register building, 30 St Mary Axe and the London Metal Exchange are also to be found in the vicinity.

One of the most famous housing estates in London 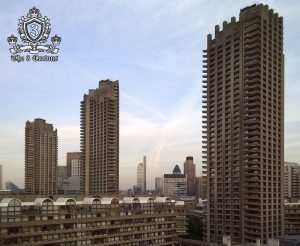 The Barbican Estate is another place that we would like to mention, and not only because swift house removals in Barbican are not hard to find there. The area has been an integral part of Central London for centuries, but during the Blitz, it was more or less left in a devastated state. So the development of the current estate in the period between the 1960s and 1980s became truly iconic. It was a symbol of Britain getting back on its feet after the horrors of the War. The whole estate is a prime example of the British Brutalism style of architecture, which is a good enough reason for it to have a Grade II listing. The different blocks and towers within the estate are named after notable people, such as:

For years, the towers used to be the tallest residential buildings in London.

Pictured: The three towers of the Barbican Estate

An upscale historic district that you are going to love

Blackfriars is yet another place deserving of your attention. The area was originally developed in the middle ages, while its present state is a result of the late 19th and early 20th centuries. An interesting fact about the area is that the original Shakespeare Globe Theatre stood here, just across the street of the celebrated Blackfriars Theatre. The modern-day focal point of the neighbourhood is the eponymous train station. Blackfriars Millennium Pier is another notable feature here, and quite popular with tourists too. Access to high-quality services, including speedy house removals in Blackfriars is easy, which is a very good reason to consider relocating to this part of the City – in case you are dead set on creating a home in the heart of the English capital. 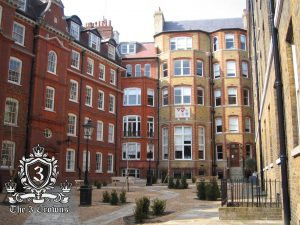 Last but not least, we are going to talk about the district of Temple. Celebrated as one of the main legal districts of the capital, Temple is also a very good place to live in. The increase of demand for quality house removals in Temple in recent years is a true testament to this fact.  Temple Church is the main focal point of the district and deservingly lends its name to it. A stretch of the Victoria Embankment on the River Thames is to be found here. The Strand and Fleet Street form Temple’s north boundary. The heart of the district is two Inns of Court: Inner Temple and Middle Temple.  If you looking to build a career in the field of law, living in Temple will definitely mark progress in achieving your hopes and dreams.